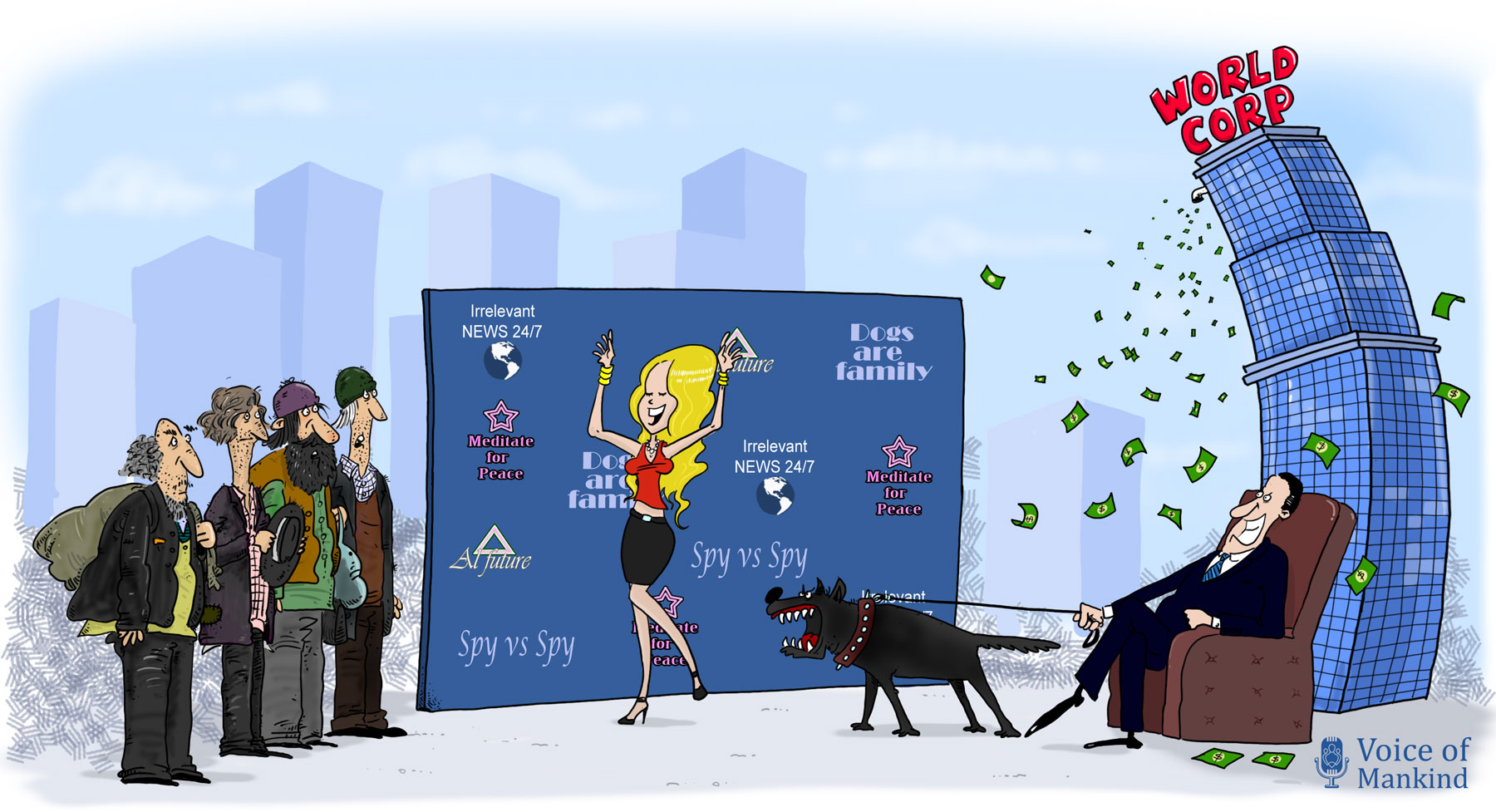 No deep discussion or analysis of what is important is allowed. The irrelevant and trivial topics are given to the media to publish as news.

The media also has itself to blame. For a long time, nepotism, cult like environment, advertiser influence, and corruption flourished in a toxic pseudo-rigorous environment.

The media is now irrelevant because the government, fossilized bureaucratic institutions, and large corporations, are no longer accountable to the people. The important decisions are made in private in closed doors with no transparency. Deep discussion or analysis of what is important is not allowed. Irrelevant and trivial topics are given to the media to publish as news.

The media is allowed to ask questions, but they are not allowed to question. There is a big difference.

The media struggles to develop their story on matters which are important. They are left with a flood of irrelevant trivial topics which they publish as news.

Even the media agrees: "Let's stop fixating on soft 'news' and pay attention to things that matter, Canada".

Notable examples of this are Wikileaks and Panama Papers which got a fraction of the media attention and no real action. The temper tantrums of a spoiled rich Wall St or Silicon Valley Executive or Politician get far more attention even amongst respected newspapers.

There is reporting, there is journalism, and there is analysis. Media is good at reporting. They are very good at reporting what is presented to them, e.g. reporting on weather, natural disasters, etc. Quality media is occasionally good at journalism where the authorities are questioned, e.g. the work of Pulitzer prize-winning journalists. Media is generally bad at analysis of back-story and deeper long-term analysis.

Rely on quality media for reporting and journalism, but not for deeper long-term analysis.

The media is controlled and owned by large corporations and parrots the corporate narrative to the world. There is no independence. Don't expect anything else from them.

Agencies such as CIA implant their spies and influencers in major media organizations(Operation Mockingbird).

The media also has itself to blame. Nepotism, cult-like environment, advertiser influence, mediocre articles and reporting, lack of ethics, pampering to reader's prejudice, and corruption flourishes even today in a toxic pseudo-rigorous environment within even the best newspapers and media outlets. Professional analysts who have never done any real work aggressively and confidently provide the analysis. Even the legal system and courts barely accept a news story as evidence.

No wonder the media is almost irrelevant.

Deep State
What if you are wrong

Most Americans say they have lost trust in the media


Bring On the Clowns


Media nepotism is holding back diversity


The media has become gossip, clickbait and punditry. This threatens democracy - Bernie Sanders


The Hidden Costs of Losing Your City's Newspaper


Study: Journalists really do live in a bubble


John Cleese on Brexit, newspapers and why he's leaving the UK - BBC Newsnight