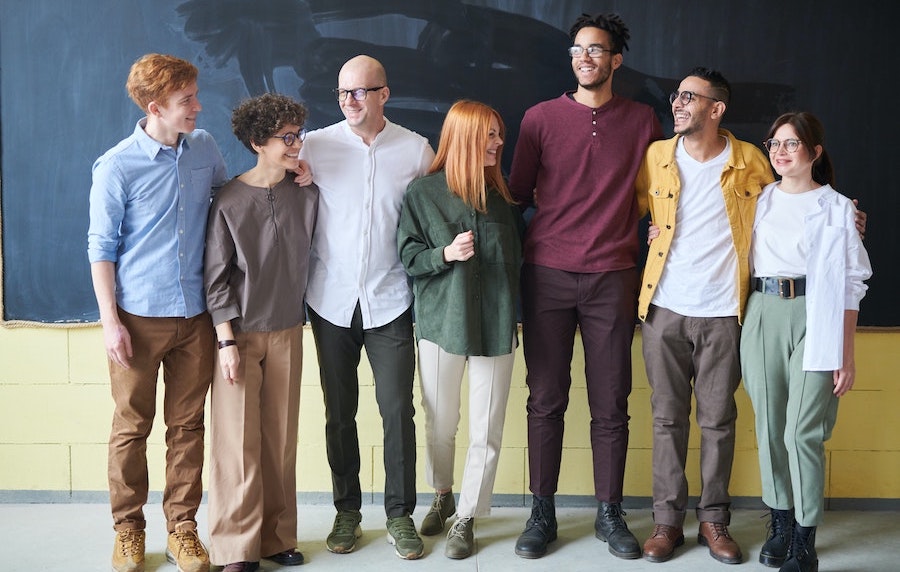 Diversity is tolerated and protected out of necessity by the Deep State.

There is no acceptance of diversity in the Western World at grassroots and community level, and why should there be any. At best, it is polite hypocrisy.


Tweet
Popular opinion is that diversity is good for the community, the economy and the country.

Diversity in the context of this discussion means accepting diverse viewpoints from people with diverse backgrounds: minorities, immigrants, etc.

Understanding diversity is relevant as there has been a politically motivated backlash against diversity in several parts of the World.

Diversity, just like Political Correctness, is a forced top-down initiative of the Deep State. The acceptance of diversity coincided with a rapid period of post-war growth in the Westernized World. Intelligent and educated people from all over the world were required to support this growth. This growth might not have been possible without laws and a socio-economic-political framework which accepted them. This framework became what we now called Diversity.

The West owes its growth and innovation to diverse immigrants, just as the Colonial Powers owed their prosperity to Colonialization and extraction of resources. But there is no grassroots acceptance of diverse ideas or people. Why should there be any? The average person in the West sees no benefits of diversity, and has nothing in common with an immigrant from Central Asia or sub-Saharan Africa.

Russia, Israel, Japan, Scandinavia, and China show us that lack of diversity is no impediment to technical innovation, economic progress, and growth.

Diversity can definitely accelerate innovation and new ideas. But people with diverse views and from diverse backgrounds know their ideas are rarely, if ever, welcomed.

"Universities’ knee-jerk outpourings on racial equality are merely rhetoric. They are used as badges, showcasing inclusion, with no evidence in outcomes or practice": Kalwant Bhopal.

At community and grassroots level, diversity is hypocrisy at best. Individuals and communities see no benefit from diversity. There is almost no support for diversity outside the educated liberal elites. Even the liberal elites who promote and celebrate diversity prefer to live far away from 'areas with diversity'.

"We are now living in an era not of post-racialism but of unabashed racialism, a time when many white Americans feel free to speak openly of their nostalgia for an age when their cultural, political and economic dominance could be taken for granted — no apologies required. Racial bigotry, fearmongering and scapegoating are no longer subterranean in our political discourse; the dog whistles have been replaced by bullhorns. White nationalist movements are operating openly online and in many of our communities; they’re celebrating mass killings and recruiting thousands into their ranks. Obama and Clinton’s public displays of affection for communities of color, the egalitarian values they preached and their liberal or progressive stances on other issues helped to shield these vast systems of control from close scrutiny".

The question 'Why do immigrants come to the West?' is best answered by Suketu Mehta, Pulitzer finalist, and Associate Professor of Journalism at New York University. He writes "people are coming to rich countries from poor countries not because they want to, but because rich countries had stolen the futures of poor countries". People migrate, Mehta says, "because the accumulated burdens of history have rendered their homelands less and less habitable". They would love to but they can't 'go back'.

The large corporations need foreigners and immigrants to do the job. So the corporations, and by extension the government and mainstream corporate media, tolerate them. The immigrants have no choice but to stay as their homelands have been destroyed making them political and environmental refugees. Diversity is the practical top-down framework to make them work together. There is no support for Diversity at the grassroots and community level, and why should there be any. At best, it is polite hypocrisy.

Suketu Mehta: ‘The migration debate is driven by populists – they can tell a false story well’


Perspective | I am an uppity immigrant. Don’t expect me to be ‘grateful.’


'I could have shot you in front of your fucking kids': how cops dehumanize black people


Opinion | A Child Bumps Her Head. What Happens Next Depends on Race


‘Just flat-out profiling’: Muslim mayor says he was detained at airport and asked whether he knew terrorists


Legacy and Athlete Preferences at Harvard


Opinion | The Injustice of This Moment Is Not an ‘Aberration’


UK's white female academics are being privileged above women – and men – of colour: Kalwant Bhopal


Physician–patient racial concordance and disparities in birthing mortality for newborns