Almost all charities and non-profits are corrupt and useless 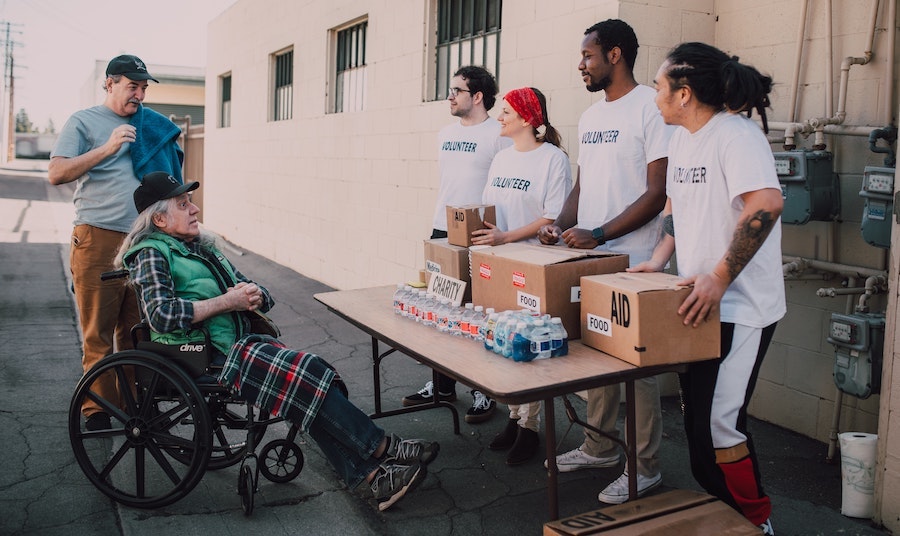 Almost all charities and non-profits are corrupt and useless.


Tweet
Almost all charities and non-profits are a means for the rich patrons and their friends to indulge in moral self-indulgence, inflate their egos, and divert pre-tax money for use by Directors of Charities and their patrons to spend on travel, entertainment, business, and personal development.

Smartphones and wireless internet have done more to lift people out of poverty than all the charities and non-profits of the world combined.

Charities and non-profits are a gravy train for the Directors and Patrons of Charities. Everyone else is a volunteer working for free or on minimum wages. There is a strict top-down hierarchy to go with the control freak and selfish behavior of their Directors and Patrons. All the financial perks and recognition is limited to the very few people at the top. This is justified by saying they need to keep strict control and responsibility over money and actions of their organization. It is an obsolete and outdated model of management with roots in 1950's management practices.

The wildlife conservation movement, environmentalism, human development, elimination of poverty movements, worker's rights, and several other movements have failed partly because the charities and non-profits behind the movements are corrupt.

The only charity and non-profit we need is one which lobbies and litigates the government to do what the government is paid to do. We have a large dysfunctional organization known as the government which is tasked and well-funded to overcome the great challenges of our times such as Climate Crisis, environmental degradation, inequality, white-collar crime, and rising power of the Deep State.

Let us fix the large, well funded, and powerful Government. Let us not create Mickey Mouse charities and non-profits to run a parallel effort.

If we can't get the fossilized and corrupt but professionally educated, trained, and well-paid bureaucrats in the government to do their job, why do we think the feeble, fossilized, underpaid, hypocritical, incompetent, narcissist, amateurish Directors of Charities will be any more effective.

The only charity and non-profit we need is one which lobbies and litigates the government to do what the Government is paid and supposed to do. The ACLU, Institute for Justice, and the EFF are prominent non-profits which do this.

Pastor Who Allegedly Scammed $631,000 From AIDS Charity Says he was entitled to it


“VOLUNTEERS UNLEASHED” RE-LEASHED BY THE CBC